Over the years, providing IT support for small businesses we’ve encountered more than one client who had an old (ancient, legacy) system that was still functional and used to run the day-to-day operations of a business.  Unfortunately, sometimes the hardware supporting that “bullet-proof” reliable software becomes faulty.  Especially with older hardware, the failure rate of pretty much anything with moving parts (fans, motors) is 100% in time.

In Part 2 of our series describing wonderful instances of “virtualization saving the day” with legacy systems, we turn to a client using a DOS-based point of sale system.  The system acting as a file server has the following specs: 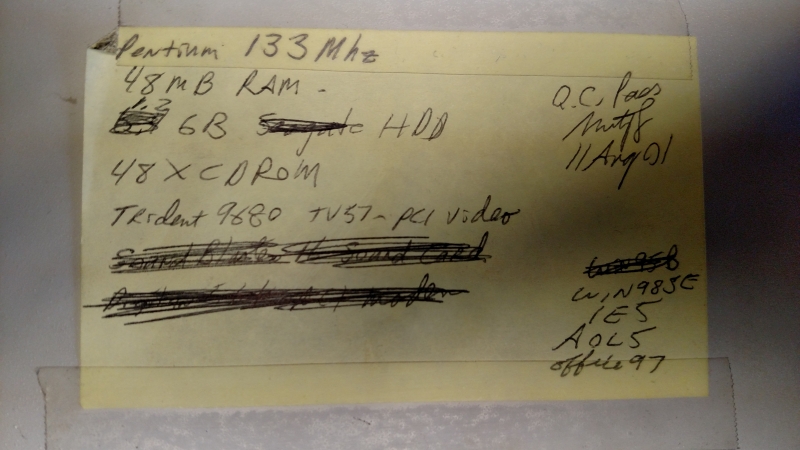 On-site, the system powered on, but there was no video output and the keyboard was non-responsive.  The next step was to carefully disconnect the many old peripherals and bring this back to the office for further diagnosis and troubleshooting: 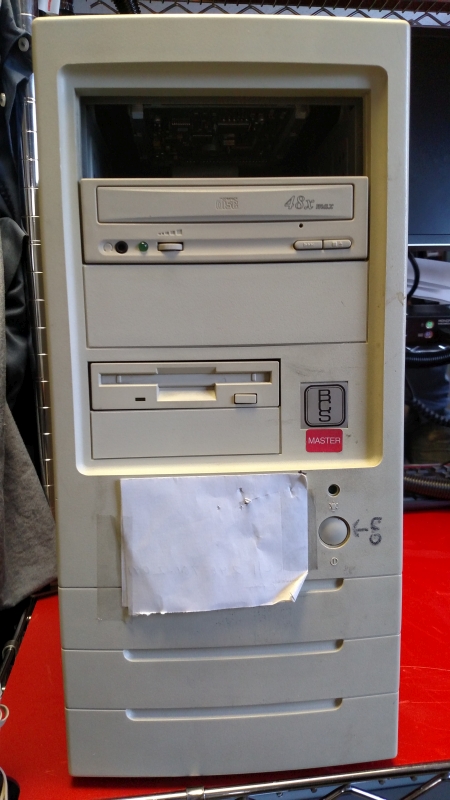 Sadly, at the office the system wouldn’t power on at all, so we had to resort to some pretty creative measures in order to retrieve the data!  We tried: 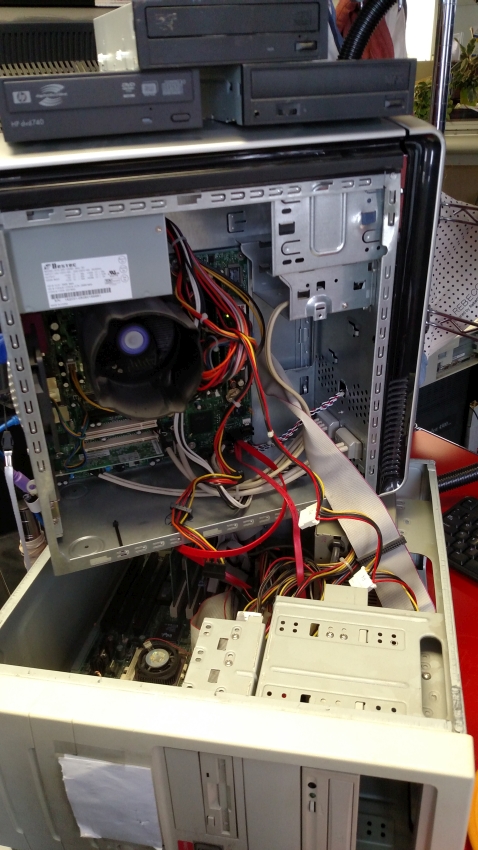 With the 1.2 GB hard drive recognized in BIOS, it was time to take a bare metal system image of the entire (very loud) FAT32 drive.  Generally when an old hard drive is very loud, this tells us it’s likely to fail imminently.  What better program to use than Acronis to back up this old drive? 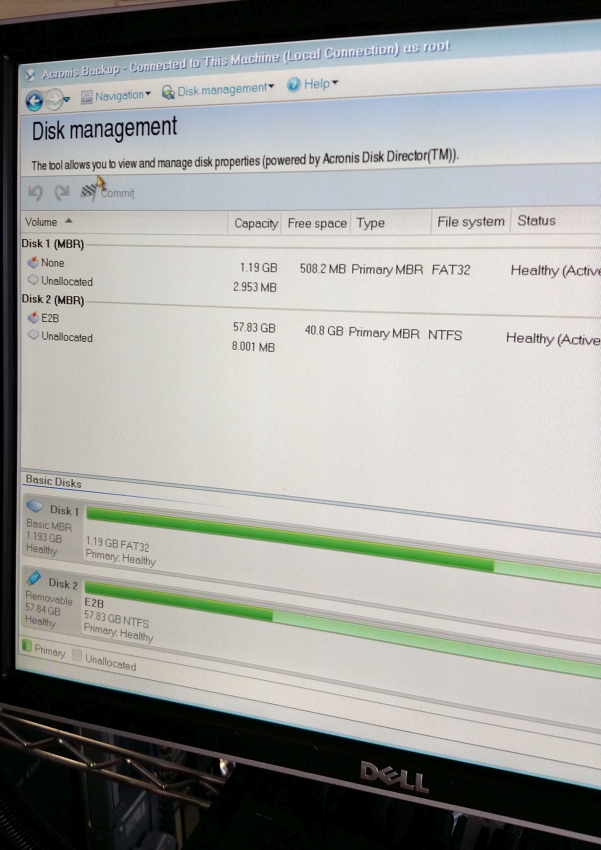 …phew!  After backing up the ancient hard drive in full, without errors, the Acronis Image was then converted to VMWare format.  It successfully booted into Windows 98, and after a few dozen device driver installations (including a particularly difficult network card driver) plus the addition of a parallel port add-in card for the dot matrix printer, we were ready to rock! 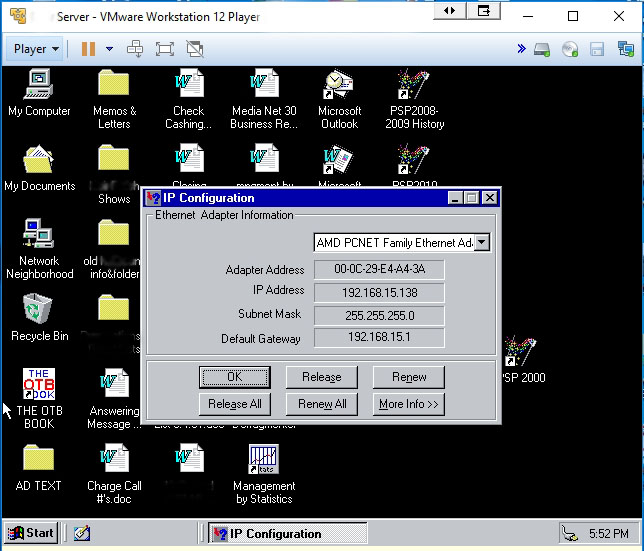 The final test, of course, was returning the system to its home (in this case, a retail store) and testing the POS workstations and dot matrix printer.  Suffice it to say, the tests were passed with flying colors!  (And, I’m proud to add that this was all completed in less than 24 hours) 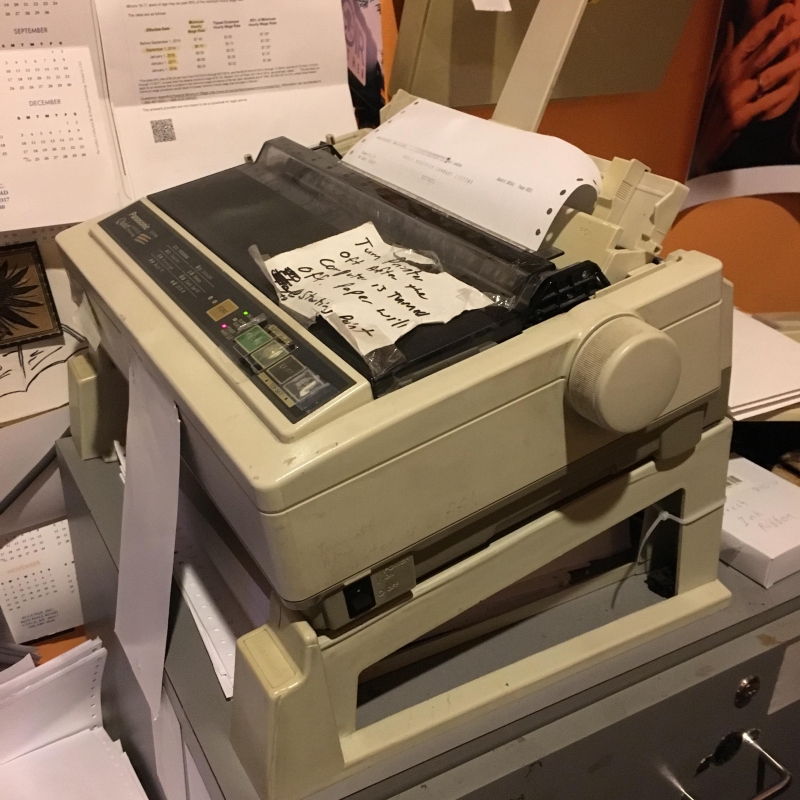 If there is a moral to this story, it is as follows:  Don’t wait until catastrophic system failure to make IT improvements and upgrades!  While we can often make miracles happen, sometimes we do have to deliver the bad news that it’s just not possible to resuscitate ancient, legacy hardware.  Thankfully, in this case we didn’t have to deliver such news, but we always recommend proactive replacement of any I.T. systems that are 5+ years old.