Microsoft has just released the newest version of Windows on July 29th, 2015. Unlike previous versions of Windows that require the upgrade be purchased, Microsoft is trying new things with this release. Microsoft has stated that “no one is working on Windows 11” and that they plan to keep updating Windows 10 over a long period of time, with devices like phones or tablets also running the operating system. For the first year, any computer running an activated copy Windows 7 or Windows 8 will be able to download the Windows 10 upgrade for free. This upgrade generates a new Windows 10 key that is linked to the hardware the upgrade is performed on. Concise has been working with Windows 10 since its Beta testing phase. Now that some of the dust has settled and licensing questions answered it is time to plan your upgrade. Contact Concise with further questions and assistance with this upgrade! 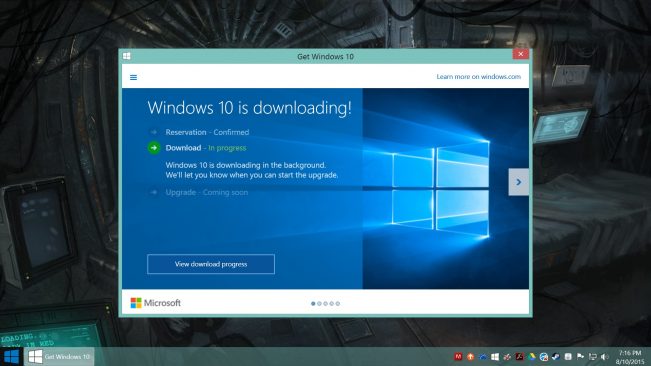 Q: Can I upgrade to Windows 10 any time?

Q: Can my computer run Windows 10?

A: From our experience, the performance needs of Windows 10 are similar to Windows 7. Improvements have been made to the operating system architecture and in most cases the computer is slightly more responsive.

Q: Can Concise upgrade my computer at the time of the upgrade?

A: Absolutely. One of the best improvements that can be made to existing hardware is the addition of a solid state hard drive.  Ask a technician about possible upgrades today!

Q: Can I transfer my upgraded Windows 10 license to another computer?

A: No. The computer being upgraded must already have a valid license. The license also is linked to the hardware the upgrade is performed on.

Q: What if I have to reinstall Windows 10 later?

A: The key that is generated during the upgrade will reinstall on the same hardware and activate without issue.

Q: Can I upgrade if I have a Windows Enterprise license?

A: No. Microsoft is making changes to the Enterprise model and will not be offering the free upgrade to computers with a Windows Enterprise license.

Q: What if all of my programs don’t work as expected?

A: During the first 30 days of using Windows 10, a roll-back option is available if there is a major issue using Windows 10. A good rule of thumb is that if the program or device worked on Windows 8, then it will work almost identically on Windows 10. When Windows 8 was released, there were some issues upgrading software and many users decided to remain on Windows 7. Going forward software that will not run on Windows 8 or above should be considered legacy software.  Concise has the experience to resolve these issues creatively!

Q: How long can I continue to use Windows Vista or Windows 7?

A: Windows XP was so popular that Microsoft extended support lasted much longer than usual. Signs are pointing to Microsoft keeping Windows 10 supported as long as Windows XP was, while upgrading to Windows 10 will not be easy for every business it should prove to be cost effective in the long run. Currently mainstream support for Windows Vista and Windows 7 have both expired, with extended support for Windows 7 ending January 14th, 2020.** While that may seem far away, planning to upgrade to Windows 10 within the first year will save hundreds of dollars in software licensing fees.