(How to) Run Old Versions of Internet Explorer In Windows 10

I know.  It’s not that bad.  You’re getting used to it.  It is eerily familiar, yet right when you start to feel comfortable, you find yourself in a foreign place wondering just how the hell you got there.  It’s okay.  You got this.

Of course I’m talking about Windows 10 and Microsoft Edge (and Internet Explorer 11).

It wasn’t too long ago that you were right at home with trusty old Windows 7 and, really, just about any iteration of internet explorer you could ever need or want.  The Golden Years.  Most online legacy apps were able to work just fine while even the hippest of updated third party sites were accommodating.   Of course, with the introduction of Windows 10 and Microsoft Edge, Microsoft decided to take a stand.  Either adapt, or be left behind.

For many businesses, change is hard.  Either it’s out of their control or simply not in the financial cards to update their infrastructure to accommodate Microsoft Edge or Internet Explorer 11.  So today, I’m going to show you a quick and easy way to use just about any version of Internet Explorer on a PC running Windows 10 OS. It’s called Browser Emulation.  The Feature_Browser_Emulation (feature in the registry that can be toggled on or off) can assign default versions of Internet Explorer you’d like to run upon execution.  The values are listed below:

(This can be found here, https://msdn.microsoft.com/library/ee330730(v=vs.85).aspx#browser_emulation)
GREAT, NOW WHAT?!?!?!
I’ll show you…
For FULL emulation, you’ll want to use the decimal values that allow loading a page in the desired browser regardless of DOCTYPE. Example:  A web app needs Internet Explorer 9.  The decimal value used should be “9999” as reflected above.
Here’s where the decimal values can be set:
First, open the registry editor.  To do this, press WINDOWS key + R key to bring up the RUN box.  Second, type REGEDIT and press ENTER. 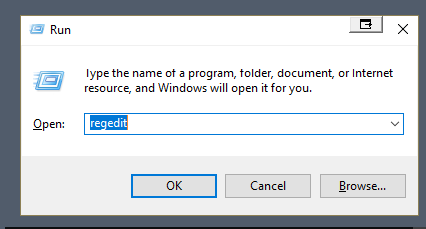 Drill down into the registry for both 32 bit and 64 bit:

32 bits: [(HKEY_CURRENT_USER or HKEY_LOCAL_MACHINE)\Software\Microsoft\Internet Explorer\Main\FeatureControl\FEATURE_BROWSER_EMULATION]
64 bits: [(HKEY_CURRENT_USER or HKEY_LOCAL_MACHINE)\Software\wow6432node\Microsoft\Internet Explorer\Main\FeatureControl\FEATURE_BROWSER_EMULATION]
You’ll want to RIGHT-CLICK and create a new DWORD value.  Name it “iexplore.exe”.  Without the quotation marks, of course :).
Then, you’ll want to modify the DWORD decimal value to any aforementioned decimal value for both 32 bit and 64 bit.  Again, for Example:  A web app needs Internet Explorer 9.  The decimal value used should be “9999” as reflected above: 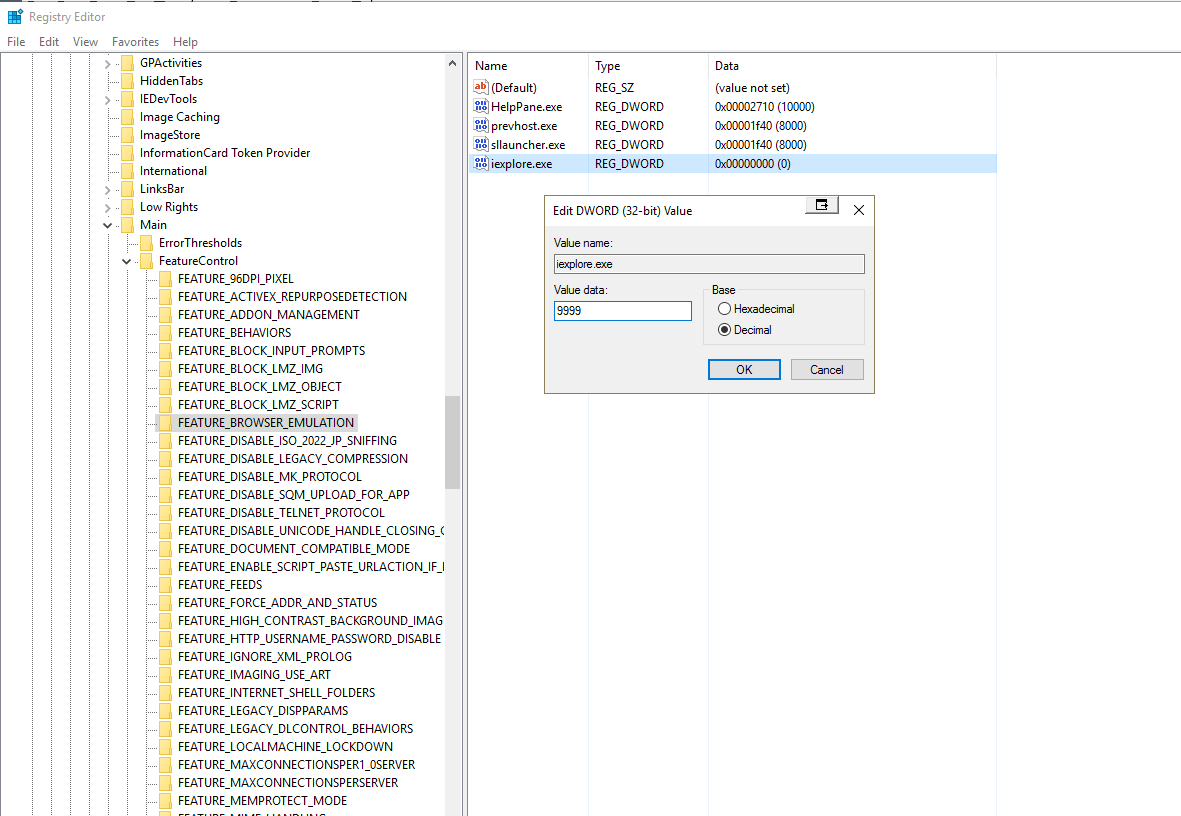 Once this has been completed, you can close the registry editor and reboot the computer.
After the reboot, Internet Explorer will emulate and function as the selected version.
Welcome to your NEW old-school Internet Explorer life!
by:  Michael Schneider